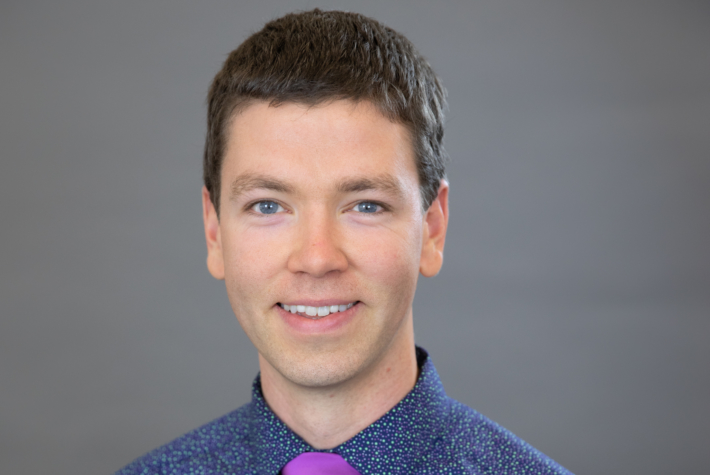 Dr. Taylor Mach joined Concordia’s science faculty in 2014. Before coming to CSP Dr. Mach spent the majority of his time studying the quantum mechanical foundations of optical rotation in an effort to formulate a gauge invariant version of coupled cluster response theory.

One application where this is useful is in natural product chemistry and the synthesis of newly discovered therapeutic agents. Many pharmaceuticals are originally isolated from nature and tested to determine their utility. However, isolation is not a feasible large scale production method so a synthetic pathway must be determined. Synthesis is complicated by the fact that natural products often have many stereogenic centers. That is there are a large number of ways to arrange the atoms in three dimensional space. Optical rotatory dispersion yields what is effectively a molecular fingerprint enabling chemists to determine which of the stereoisomers they have isolated. Unfortunately, just like fingerprints, you must know which molecule goes with which spectrum. Instead of synthesizing every possible molecule and measuring its optical rotation, computational chemistry is used to predict which isomer is needed based on comparison of the measured spectrum and the computed spectra. If a truly predictive chemical model existed this would reduce the time between natural product isolation and release of new therapeutic agents to the general population.

Near the end of his chemistry graduate work at Virginia Tech Dr. Mach realized that he was passionate about teaching and learning how students develop understanding. Having no teaching experience and no formal training in education theory, he embarked on a Masters of Education in secondary science. In addition to chemistry and education, Dr. Mach enjoys computers, programming, cooking (and eating), running, biomechanics, and spending time with friends and family. Despite the downgrade in winter weather, he is thrilled to be back in his home state of Minnesota.