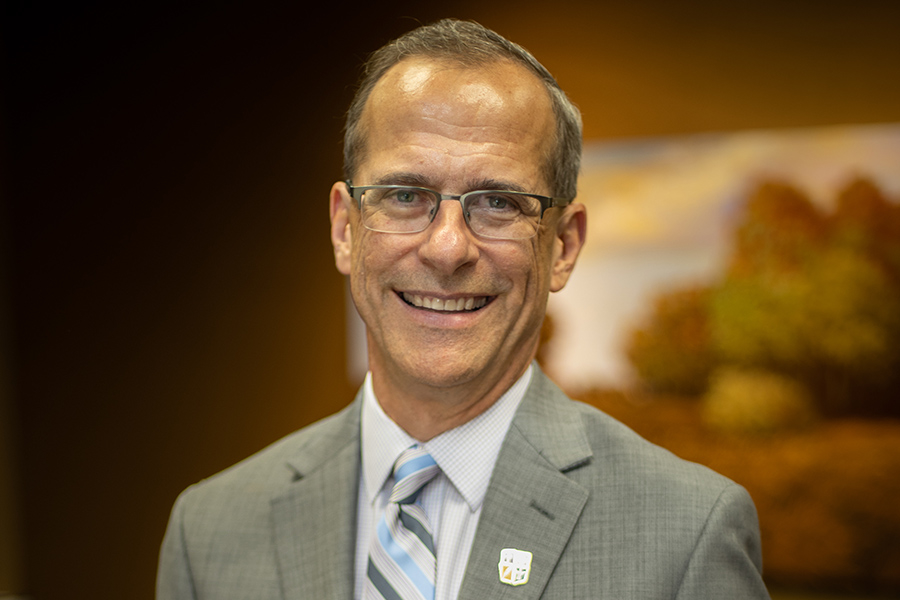 Concordia University, St. Paul begins the new year and decade under the guidance of a new leader as the Rev. Dr. Brian Friedrich officially began his tenure as the University’s 10th president on January 1, 2020.

“It is with great joy and excitement for the future that I accept the call extended to me by the Concordia University, St. Paul Board of Regents to serve as its tenth president. This is a high honor and privilege,” said Friedrich. “It is obvious to Laurie and me that God has led this process in a manner and direction that is of great surprise to us.  With the apostle Paul, today we celebrate that “in all things God works for the good of those who love him, who have been called according to his purpose’ (Romans 8:28). God’s ways are not our ways, yet in His promise we hope and in His direction we follow.”

Friedrich, a 1979 graduate of Concordia St. Paul, succeeds the Rev. Dr. Tom Ries, who retired at the conclusion of the 2018-19 academic year after serving a very successful tenure as University president since 2011.

“Rev. Dr. Friedrich is the ideal leader and person to continue advancing the mission of Concordia St. Paul to new heights,” said CSP Board Chair Mark Moksnes. “Throughout his distinguished career in higher education and the church, he has demonstrated thoughtful decision making, effective and collaborative leadership, strong fundraising experience and genuine love for students.  It is a wonderful homecoming as both Dr. Friedrich and his wife Laurie are CSP graduates. The Board is delighted he has accepted the call and has the utmost confidence he will ensure CSP’s growth and success for many years to come.”

Rev. Dr. Friedrich will be installed during chapel service on January 24 and his inauguration will be April 30 during the graduation celebrations.