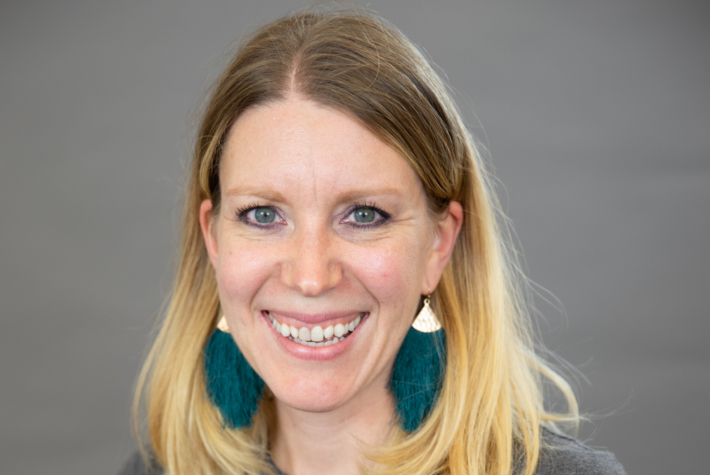 Dr. Mandy Brosnahan joined the Science department at Concordia University in August of 2013 after spending four years conducting post-doctoral research in the College of Veterinary Medicine at the University of Minnesota. Prior to that, she obtained her Ph. D. in microbiology, immunology, and cancer biology in 2009 and her B.S. in microbiology in 2004, both from the University of Minnesota Medical School. Dr. B. has been fascinated with infectious disease since she was young and focused her research efforts on looking at the interplay between a pathogen and the body’s initial immune response to that pathogen. In particular, she spent time studying Staphylococcus aureus and Streptococcus pyogenes and their bacterial toxins known as superantigens. These toxins interfere with the normal immune response to the bacterial infection, causing toxic shock syndrome.

Dr. B currently runs an ongoing study with colleague Dr. Taylor Mach at characterization of nasal isolates of Staphylococcus aureus. This study has almost 1,000 on-campus samples and recently branched out to collecting samples at the Minnnesota State Fair for a separate community-based study. Science students are involved in collecting swabs and surveys from willing participants, performing culture tests to identify S. aureus, and then doing further characterization of any positive isolates, including testing for methicillin resistance (MRSA), performing PCR for toxin gene identification, and analyzing whole-genome sequencing data.

Throughout her time as a graduate student and as a post-doc, Dr. B. spent time pursuing her passion for teaching. She quickly realized as a graduate student that she loved helping others make connections within the complicated concepts of biology. She opted to spend her life helping students see how crazy and amazing the complicated parts of science are, with the hope that they can then go on and do the same in society.

Dr. B. and her husband are avid Minnesota Gopher football fans, spend most of their time chasing around their two small children or doing home improvement projects, and homebrew beer and wine in their basement.