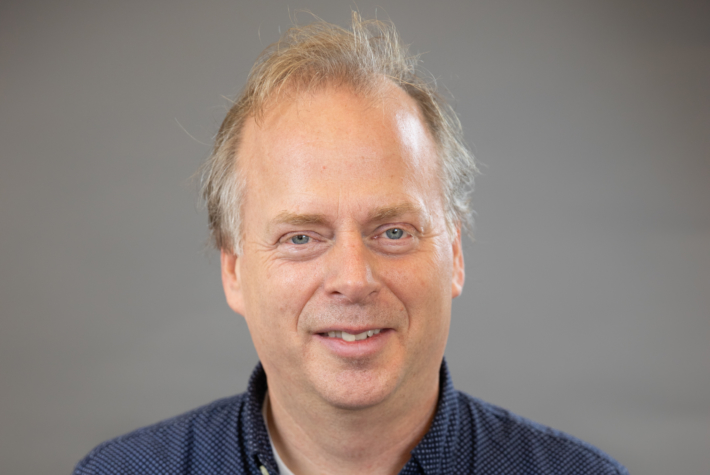 Eric Dregni is a professor of English, Journalism, and Italian at CSP and oversees the student newspaper, The Sword. He has taught Intro to Lit, College Writing, Review Writing, Column Writing, Memoir, Travel Writing, and is in charge of internships in the English Department. Occasionally, he’ll teach an Italian class and lead a student trip to Italy. In the summer, he is dean of the Italian Concordia Language Village, Lago del Bosco, in Hackensack, Minnesota.

Dregni’s written 19 books including Follies of Science: 20th Century Visions of our Fantastic Future, Weird Minnesota, Midwest Marvels, The Scooter Bible, Ads That Put America on Wheels, and Let’s Go Bowling! As a Fulbright fellow to Norway, he wrote about the “Norwegian Dream” in In Cod We Trust: Living the Norwegian Dream. Dregni worked in Italy for five years as a travel journalist for a weekly paper and compiled his essays into a book in Italian, which was later translated into English as Never Trust a Thin Cook: and Other Lessons from Italy’s Culinary Capital from the U of M Press. His most recent book is You’re Sending Me Where? Dispatches from Summer Camp.