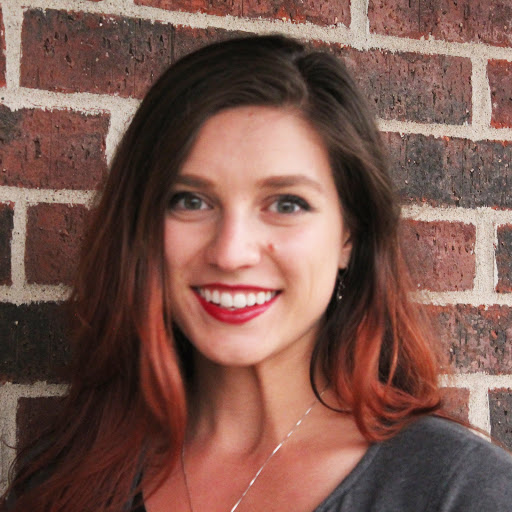 "Nancy Harrower gave me great advice: be focused. She meant that I should focus on what industries I want to work in and work toward those jobs. I believe it's what helped me land the job I currently have in the cycling industry."

Jade Ptacek majored in marketing and design at CSP and has been able to combine her education with her love for cycling in her work as a marketing project manager at Salsa Cycles. We asked Jade about her decision to come to CSP, how her experience has influenced her career path, and how her CSP education has impacted her life.

What brought you to CSP?

I chose CSP because it not only offered the major and minor I wanted but a great Division II softball program as well. I knew I wanted to pursue a Bachelor of Business Administration in Marketing and a minor in Design, and Concordia offered both of those. I was also offered a chance to continue my softball career at CSP. It was the best decision for me academically and athletically, plus it’s in the Twin Cities. I was excited by the prospect of getting away from my hometown of Sioux Falls without being too far while getting the chance to explore all the Cities have to offer.

How would you describe your overall CSP experience?

I grew a lot during my four years at Concordia. The honors program truly challenged me. I’ll never forget attempting to juggle volunteer work, night classes, and softball games. It was overwhelming at first, but it made me improve my time management skills. I learned a lot about myself as well. I started out with the plan to only obtain a design minor but ended up with a major because I fell in love with the classes and realized I could squeeze just a few more into my schedule.

I also had to make some tough choices when it came to how and where I spent my time. During my second year on the softball team, I realized that the sport wasn’t as fulfilling as it used to be and it was increasingly causing my stress levels to rise instead of being an outlet. For many reasons, I decided to quit the softball team at Concordia, which was difficult at the time because I hated the idea of quitting anything, especially something I worked so hard at. This decision helped me to grow as a person and to start thinking critically about where I expend my energy. On a positive note, this opening up in my schedule gave me the opportunity to spend more time on my art classes (some of the art I still have on my wall today) and allowed me to try out throwing on the track and field team for a year, which was an amazing experience.

What was your campus involvement as a student?

As a student, I was part of the honors program all four years. I participated on the softball team for two years and I threw javelin, hammer, and discuss on the track and field team during my junior year. I also participated in the Business Club for three years and I worked on campus at the Registrar’s office during my tenure at Concordia. Every year, I showed my art at student art shows and had a senior art show with four other design students.

What has your career path been since graduating?

I accepted my first full-time job two days before graduating from Concordia (while shopping for things to decorate my cap with, actually). I started out as an Inbound Marketing Specialist at Deluxe Corporation. I specifically worked on email marketing campaigns, both planning and implementing them via email automation tools. It was a great experience in email marketing and project management and I worked there for two years before I decided to start searching for a new opportunity. After about 6 months, I landed the job I currently have at Quality Bicycle Products (QBP). I work as a Marketing Project Manager for Salsa Cycles, which is one of QBP’s owned brands. I work within our project management tool to watch over projects, create timelines and communicate with multiple teams. Before I started at QBP, I was actually a triathlete and cyclist, so I love that my hobby has become part of my job.

Who/what were some of the people/experiences at CSP that influenced you the most, and how?

I immediately thought of Dr. Nancy Harrower, my marketing professor. She’s a breast cancer survivor and a woman whom I look up to. I remember struggling when looking for my second job and my friend who also went to Concordia suggested I meet up with Nancy. I met her for lunch and explained how my job search was going and she gave me some great advice: be focused. She meant that I should focus on what industries I want to work in and work toward those jobs instead of applying anywhere and everywhere. I focused on technology and sports, and I believe it’s what helped me land the job I currently have in the cycling industry.

I also have to give a shoutout to John Dufresne and Keith Williams in the art department. John pushed my limits as a graphic designer and made it so I’ll never look at the spacing between letters the same. He also persuaded us to be a part of the local design community, which I’m still a part of today by attending events and volunteering with Art Buddies.

The last class I had to take for my design major was 19th and 20th Century Art History, which I was admittedly not excited for at the time. I ended up falling in love with art history and now take every chance I get to travel to art museums across the country and the world. I never thought I would be that student sitting in the front of the class asking a million questions, but there I was, captivated by the subject.

How has your CSP education impacted your life and career?

During my senior year, I was determined to find a job, but I struggled with deciding what my career path would be. I had always planned on a marketing career, but I also had graphic design as an option and, because I loved the design classes, it was hard for me to choose. I obviously ended up going the marketing route, but as I mentioned before, I’m still a part of the design community through volunteer work and I work with a design team now, so the background in design has been extremely beneficial.

Because of where CSP is located, I was able to attend multiple networking events (because of the encouragement of my professors) throughout my college career, which allowed me to work on my social skills, meet people and learn more about marketing. I then became a part of the American Marketing Association (AMA), American Institute of Graphic Arts (AIGA), Minnesota Interactive Marketing Association (MIMA), and the Advertising Federation of Minnesota (AdFed).

Each of these organizations is either free or very cheap for students, and I was able to attend multiple events and make meaningful connections off campus while exploring some unique venues in the Twin Cities. I ended up volunteering with AMA for a couple of years, and I still go to networking events every once in a while because I enjoy staying connected with the marketing and design communities.