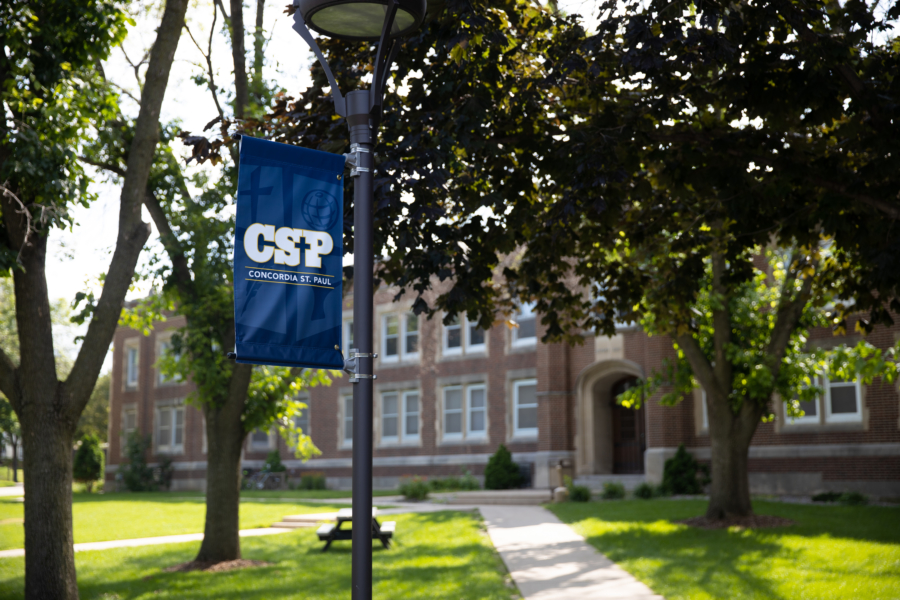 A partner in the St. Paul community since 1893, Concordia University, St. Paul reflects on its rich history and bright future as it celebrates its 125th anniversary during the 2018-19 academic year.

From its first class of 30 young men preparing for the pastoral and teaching ministry in the Lutheran Church-Missouri Synod, to its present and diverse student body of over 5,000 men and women of all ages and backgrounds, Concordia has prepared thousands of graduates for meaningful and purposeful lives, careers and service in a welcoming environment where Christ has always been honored.

Concordia has emerged as an innovator in higher education since observing the school’s 100th anniversary in 1993, which has helped position it as one of the largest private schools by enrollment (presently) in Minnesota. Here’s a look at some of CSP’s bold moves:

The theme for Concordia’s significant anniversary milestone is “Leading in Legacy”, which captures the continuing dynamic that characterizes CSP’s past 125 years, remembering the “Legacy” of past accomplishments and innovations, while also “Leading” toward the future by developing creative solutions to current and future challenges.

A number of events are planned to celebrate Concordia’s 125th anniversary on Founders Day (September 13), marking 125 years to the day the doors first opened to students. Events on this historic date include:

Leaders in Legacy: Presidential Perspectives from Across the Years

The mission of the Dr. Cheryl Troutman Chatman Diversity Center is to engage Concordia students, faculty, staff and administrators in building community and creating an institutional culture that respects, values and celebrates diversity, and provides opportunities for everyone to be agents of change in society. The Center will feature a variety of series, presentations and open dialogue where all can share, educate, and learn about each other’s history, heritage, cultures and contributions. It will be an inviting place to exchange ideas, interests and perspectives, and to celebrate the commitment and benefits of having such a diverse and inclusive campus community and environment.

For Concordia’s 125th Anniversary Commission, artist Midge Bolt used photos from their archives to create two large fabric hangings. The historic photos on silk hang like scrims in front of the present-day photos printed on canvas. One image will be displayed in the Pearson Commons, while the other will go in the new Cross Roads addition on the north side of Meyer Hall.

A number of other campus events and improvements during the 2018-19 academic year will further celebrate CSPs legacy and vision, including: