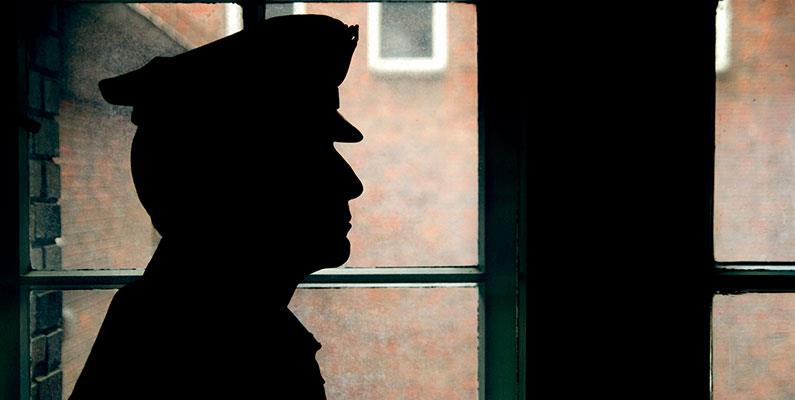 Professionals working in correctional settings are likely to encounter individuals who have autism spectrum disorder (ASD). These professionals need to be aware of key features of ASD in order to make these encounters more successful. ASD is characterized by deficiencies in social interactions, communication skills, maintaining appropriate behaviors, and cognitive limitations (American Psychiatric Association [APA], 2013; Anckarsater, Nilsson, Saury, Rastam, & Gillberg, 2008). These impairments can make encounters in correctional settings difficult to navigate, as well as make it difficult to develop and maintain relationships. To effectively work with individuals with ASD in a correctional setting, it is important for correctional professionals to understand ASD and how it impacts social interactions, communication, and behaviors. With an increased understanding of the disorder, correctional professionals will be better able to identify when they are working with an individual with ASD and more effectively address this population’s unique and sometimes challenging needs. The following is a list of key features of ASD that correctional professionals should become familiar with.

To successfully work with individuals with ASD in a correctional setting, professionals should be aware of their own typical modes of communication. When speaking to individuals with ASD, it is important to always use clear, concrete, and developmentally appropriate language. Instructions should be kept simple, and metaphors and humor should be avoided. It may be helpful to directly state emotions, reasons for actions, and one’s perspective since individuals with ASD may have difficultly deciphering these statements and approaches.

Since autism is a spectrum disorder, individuals diagnosed with ASD may vary greatly in adaptive behaviors and intellect (Bolte & Poustka, 2002). Adaptive behavior is the daily functional ability of an individual such as hygiene, dressing appropriately, eating, and preparing food. Intellect is the individual’s cognitive functioning such as verbal abilities, attention, and spatial skills. The individual’s intellect does not directly reflect their abilities in adaptive behaviors. For example, an individual with ASD may have a high IQ but may not be able to hold a meaningful conversation. On the other hand, individuals with ASD may have a lower intellect but may show a strength in skills of daily living by being able to routinely care for themselves.

For successful encounters to occur, correctional professionals should try to identify the strengths and deficits in adaptive behavior of the individual with ASD. This will be different for each individual, so refraining from making assumptions based solely on the individual’s verbal abilities and IQ test scores is crucial. This can be challenging as it is often assumed that people with a higher intelligence will automatically be able to function appropriately. Moreover, it is important not to assume that if a direction or order is given in the context of one situation, that the individual with ASD will be able to generalize this and use the same information in another situation. The correctional professional may have to be specific in many contexts with the individual with ASD.

Some individuals with ASD may have difficulties with sensory regulation. With a difficulty to naturally regulate sensory input, an individual with ASD may be hyper- or hypo-sensitive to touch, sounds, or sights in his or her environment (Cascio et al., 2012). Hyper-sensitive individuals are overly sensitive to the natural amount of sensory input and may need to take precautions such as plugging their ears when it is too loud, wearing sunglasses when it’s too bright, or not allowing others to touch them. Individuals with ASD that are hypo-sensitive typically need extra sensory input and may self-regulate or self-stimulate in socially peculiar ways. To get the sensory input their body desires, some individuals with ASD engage in repetitive behaviors such as rocking back and forth, pacing, hand flapping, finger clicking, or repeating phrases or noises (APA, 2013; Schaaf, Toth-Cohen, Johnson, Outten, & Benevides, 2011). Self-stimulating behaviors can be troubling to those around them (Anckarsater et al., 2008). This makes living cooperatively with others very challenging, especially if other individuals struggle with patience or being tolerant of those who are different.

A correctional professional should be aware of the sensory needs of the individual with ASD. For example, the individual may not function well in certain lighting conditions, could be unwilling to wear certain clothes, or might be unable to tolerate certain noises. It is important to note that what may look like refusal, or being “difficult,” may instead be a sensory processing issue.

Given that even one-on-one interactions can be difficult for individuals with ASD, the ability to interpret group dynamics and interact appropriately within a group of people can be particularly challenging for persons with ASD (Sutton et al., 2013). Large group interventions in a correctional setting are successful when group members conform to group dynamics and participate in an appropriate manner. Individuals with ASD may not understand the group dynamic, may be unwilling to participate in the activity, and may not be able to interpret what is expected of them (Sutton et al., 2013).

As with individual interactions with people with ASD, clear and concrete communication is very important in group settings as well. It would be beneficial for a correctional professional to simply state group expectations and dynamics, providing concise guidelines for group members to follow.

Correctional settings often operate with high levels of structure and routine. However, these settings also require flexibility to adapt to unforeseen changes. Individuals with ASD often require significant amounts of structure in their day and their routine. They often operate best when they know what is coming and when, and often struggle when schedules change unexpectedly (Larson, 2006).

To work successfully with individuals with ASD, correctional professionals should present a notice of change as early as possible to give them time to reorder their thinking processes. It may also be beneficial to spend time talking about or practicing scenarios of change beforehand, for the individual to be better prepared when the change does suddenly occur.

Correctional professionals should be aware of the vulnerability individuals with ASD face. To help them, correctional officers could encourage trusting, open communication between themselves and the individual with ASD to try to minimize such instances.

Individuals diagnosed with ASD present with complex behaviors and varied abilities in many areas of functioning. It can be very difficult for others to understand their point of view, how they interpret the world, and how they approach those around them. To complicate things further, many individuals with ASD have co-morbid disorders such as an intellectual disability, attention deficit hyperactivity disorder, depression, and anxiety (APA, 2013). However, when the key features of ASD presented in this paper can be seen and understood, it is possible to have successful working relationships in a correctional setting. Being able to understand the reasons individuals with ASD behave in the way that they do can decrease conflicts and increase compliance and other desired behaviors that make group living easier and more successful.

Gabrea Anderson, M.A., has many years of experience working as an art therapist for children, adolescents, and adults who have mild-to-severe emotional difficulties including in hospital inpatient/outpatient and day treatment settings. In addition to working as a clinician, Erin is a core faculty member at the Adler Graduate School (AGS) MN. Since 2007, she has been teaching in the art therapy and clinical programs and also holds the role of field experience coordinator for AGS. The Creative Arts Therapy Collaborative (CATC) was developed by Erin and partners in 2008. CATC provides individual sessions, family sessions, groups, supervision services, and caregiver art experiential workshops for those seeking mental health services.

Jerrod Brown, M.A., M.S., M.S., M.S., is the Treatment Director for Pathways Counseling Center, Inc. Pathways provides programs and services benefiting individuals impacted by mental illness and addictions. Jerrod is also the founder and CEO of the American Institute for the Advancement of Forensic Studies (AIAFS), lead developer of an online Master of Arts in Human Services with an emphasis in Forensic Behavioral Health from Concordia University, St. Paul, Minnesota, and the Editor-in-Chief of Forensic Scholars Today (FST) and the Journal of Special Populations (JSP). Jerrod is currently in the dissertation phase of his doctorate degree program in psychology.

Bethany Hastings, M.A., is the Program Supervisor at People Incorporated-Riverwind, an adult crisis residence. Previously, she has worked with individuals with autism spectrum disorder in multiple outpatient settings including in-home, classroom, early intervention center, and adult center. She has her master’s degree in Adlerian psychology, clinical counseling, marriage and family therapy, and art therapy. Bethany is currently working toward LPCC licensure and obtaining a board certification in art therapy.

Carlo A. Giacomoni, Psy.D., ABPP, is a psychologist at North Star Mental Health, LLC. He is board certified in clinical psychology and has considerable experience in a variety of forensic evaluations. Dr. Giacomoni has previous experience working on the milieu of both correctional and inpatient facilities, where he developed behavioral interventions for a variety of clinical conditions. He has a growing interest in understanding and working with ASD in the forensic context.

Bolte, S., & Poustka, F. (2002). The relation between general cognitive level and adaptive behavior domains in individuals with autism with and without co-morbid mental retardation. Child Psychiatry and Human Development, 33(2), 165-172.