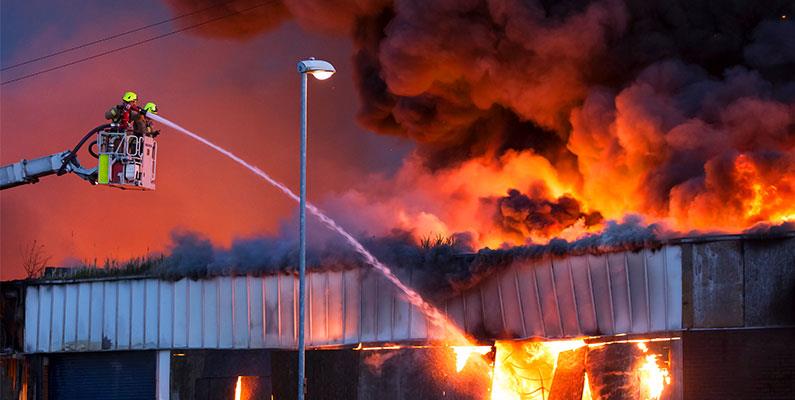 Fetal Alcohol Spectrum Disorder (FASD) is a lifelong condition characterized by a diverse set of cognitive, social, and adaptive functioning deficits caused by prenatal alcohol exposure. Despite these pervasive symptoms, individuals with FASD often go undiagnosed and untreated, sometimes resulting in interactions with fire service responders, law enforcement professionals, and other community providers. Case studies, popular media accounts, and interviews with caregivers of children with FASD suggest that this disorder’s symptoms may be a variable to consider in some firesetting cases. As such, fire professionals have the potential to serve a critical role in directing individuals in need of assessment and treatment for FASD to other professionals in the community. Most often, this will take place through a comprehensive youth firesetting program, but any fire service professional can take the opportunity to refer youth with problem behaviors to community resources. The purpose of this article is to raise awareness of FASD among fire safety specialists.

FASD is a lifelong condition caused by prenatal alcohol exposure (PAE). Individuals with FASD typically experience an array of adaptive, cognitive, and social deficits. This is especially the case when the disorder is not properly identified and supports and services are not put into place. As such, symptoms of this disorder may predispose individuals to come into contact with the criminal justice system. Although there is a lack of empirical research, a number of case studies and popular media accounts suggest that firesetting may be one reason for such involvement. In light of these observations and the prevalence of FASD in the United States, there is a strong likelihood that fire professionals will encounter individuals with FASD throughout the course of their career. As such, increasing the awareness and recognition of FASD among fire service professionals may lead to a youth being referred to mental health services that stop the firesetting behavior before tragic consequences ensue.

As mentioned above, FASD typically consists of cognitive (memory), social (communication skills), and adaptive functioning (problem solving) deficits. The cognitive symptoms may include deficits in executive control, short- and long-term memory, attention span, impulsivity, affective dysregulation, and delayed cognitive and affective development. The social impairments of FASD may cause difficulty with maintaining appropriate levels of attachment, establishing social relationships, and verbal and non-verbal communication processing along with a vulnerability to social and peer pressure. This vulnerability could lead to manipulation, an increased risk for victimization, and an elevated likelihood of confabulation and suggestibility. Finally, the adaptive functioning deficits of FASD contribute to issues with decision making, problem solving, long-term planning, and comprehension of complex information. Together, these pervasive symptoms persist across the lifespan and sometimes become more problematic as a child grows into adolescence and adulthood.

Despite these pervasive symptoms, individuals with FASD often go undiagnosed and, consequently, untreated. A central reason for this lack of diagnosis may be related to scores on intelligence tests. Despite the cognitive deficits of FASD, children and adults with this disorder may still score well on such instruments, because IQ among individuals who have been exposed to alcohol prenatally can range from above average to below average. Complicating matters, individuals with FASD may have co-occurring disorders including behavioral disorders (e.g., attention-deficit/hyperactivity disorder, conduct disorder, oppositional defiant disorder, or reactive attachment disorder), mood disorders (e.g., bipolar disorder), or other less well-known disorders. As a result, individuals with FASD are often misunderstood, do not receive the necessary social and treatment services, and remain at an increased risk for adverse outcomes throughout their lives. Although FASD cannot be cured, FASD and secondary symptoms can be managed through adequate mental health care, support, and services.

In the absence of proper diagnosis, treatment, and support, individuals with FASD will likely have difficulty navigating their way through the challenges of life into adolescence and adulthood. As a result, interactions with law enforcement professionals are quite common. Several sources (e.g., case law, media reports, and primary caregivers) suggest that some incidents of firesetting may be associated with FASD. In light of these observations, the potential role of FASD in firesetting behavior deserves greater consideration, attention, and research.

Why might the presence of FASD increase the risk for firesetting behaviors? Information gleaned from case studies, popular media accounts, and extensive interviews that we conducted with caregivers of children with FASD suggest several reasons. First, cognitive impairments such as impulsivity, affective dysregulation, and poor memory deficits increase the likelihood of irresponsible firesetting. This could include an individual with FASD starting a fire out of anger or acting impulsively out of excitement without recognizing the inherent danger of firesetting. Alternatively, memory and learning deficits may result in an individual with FASD simply forgetting proper safety procedures for using fire. Second, social deficits in the areas of socialization, communication, and interaction with peers could contribute to firesetting behaviors. Because individuals with FASD have difficulty establishing relationships, they may start fires as a way of getting attention. Alternatively, individuals with FASD can often be manipulated by peers into either doing something inappropriate or taking the blame for someone else’s actions. This can lead to false confessions and wrongful conviction. Third, one of the key deficits in adaptive functioning is problems understanding cause and effect. This could take the form of simply not recognizing fire’s potential dangers to people and structures. For example, the differences in contexts between established safe uses of fire, such as fireplaces and campfires, and less safe locations may not be apparent to the affected individual. Further, individuals with FASD may not realize how things like wind could cause the danger level of a fire to spiral out of control. In light of these observations, caregivers and mental health professionals recommend increased levels of supervision and strongly limiting access to lighters and matches.

Given the observed links between FASD in some firesetting cases, fire professionals have the opportunity to serve a critical role when intervening. Although the deficits of FASD may not be readily apparent upon encountering an individual with FASD, a brief conversation may reveal deficits in social interaction and dysfunctional thinking. For instance, individuals may show their fascination with fire as well as their lack of understanding of the dangers involved. Further, an unrealistic confidence may present itself in the way they project themselves and their ability to handle or stop a fire from getting out of control. Together, these behaviors and mental processes serve as red flags for the need to intervene. With this in mind, it is imperative that fire professionals ensure that individuals who may have FASD and engage in firesetting behaviors are referred to qualified mental health care professionals as early as possible to receive appropriate assessment, treatment, and services.

Case studies, popular media accounts, and interviews with caregivers of children with FASD indicate that FASD may present as a possible risk for firesetting in some instances. Despite these observations, there remains a lack of empirical research on the role of FASD in firesetting behavior. As such, there is a strong need for sophisticated and innovative research into the relationship between FASD and firesetting behavior. In the meantime, fire professionals can still benefit greatly from a basic understanding of FASD symptoms and their effects. The ultimate goal of such efforts is ensuring appropriate interventions are provided in order to decrease the likelihood of any further potentially destructive firesetting behaviors by the individual.

Jerrod Brown, M.A., M.S., M.S., M.S., is the treatment director for Pathways Counseling Center, Inc. Pathways provides programs and services benefiting individuals impacted by mental illness and addictions. Jerrod is also the founder and CEO of the American Institute for the Advancement of Forensic Studies (AIAFS), and the Editor-in-Chief of Forensic Scholars Today (FST). Jerrod holds graduate certificates in Autism Spectrum Disorder (ASD), Other Health Disabilities (OHD), and Traumatic-Brain Injuries (TBI). Jerrod is certified as a Youth Firesetter Prevention/Intervention Specialist, Thinking for a Change (T4C) Facilitator, Fetal Alcohol Spectrum Disorders (FASD) Trainer, and a Problem Gambling Treatment Provider. Jerrod is currently in the dissertation phase of his doctorate degree program in psychology. For a complete list of references used for this article, please email Jerrod at [email protected]

Cody Charette holds a Ph.D. from the Psychology, Policy, and Law program of the California School of Forensic Studies at Alliant International University located in Fresno, CA. He specializes in threat assessment, deception detection, intelligence analysis, and the use of technology for indirect assessment of offenders.

Don Porth holds a B.S. degree in Fire Command Administration. He began his career in the fire service in 1980, serving 31 years in the uniformed fire service and retiring from Portland (Oregon) Fire & Rescue in 2011. Don specialized in public education and outreach as well as youth firesetting intervention service. He currently works on numerous national agendas related to fire and life safety and youth firesetting behaviors, intervention, and data analysis.

Thank you to Ann Yurcek and the Parents from Parenting FASD Kids and Parenting Teens and Adults for the collaboration on this article.