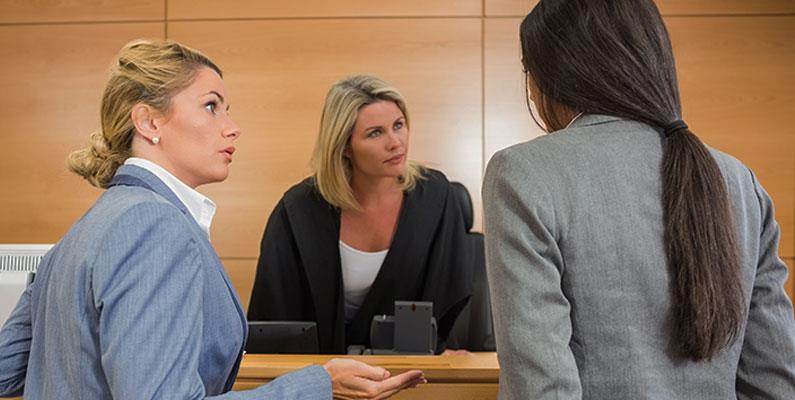 The devastating impact of fetal alcohol spectrum disorders (FASD) on competency to stand trial is highlighted by summarizing the case law review literature. Although these case law reviews may not be peer-reviewed and might include inaccuracies, case law reviews can illuminate the complexities of accounting for FASD during legal proceedings. In particular, a failure to adequately consider the impact of the cognitive and adaptive symptoms of FASD on a defendant’s competency to stand trial and as a mitigating factor for sentencing have served as the basis of a number of appeals. Here, we provide overviews of a handful of cases, both for non-violent and violent crimes, where FASD resulted in questions of competency and/or mitigation.

FASD was at the center of a defendant’s appeal over concerns of incompetency and an excessive sentence. The defendant has a diagnosed case of FASD and a troubled background. This includes a history of being the victim of emotional and physical abuse in the foster care system and sexual abuse in a treatment facility. Prior to this offense, the 20-year-old already had a lengthy criminal history including assault, theft, and possession of marijuana.

In this case, the defendant was accused of burglarizing a residence/domicile. Although a competency evaluation was requested by the defendant’s defense counsel, this request was withdrawn when the defendant agreed to entering a plea agreement. Problematically, this plea agreement did not stipulate a recommended sentence. Notwithstanding the evidence of his disorder and the supportive pleas of his adoptive family, the defendant was sentenced to three to six years in prison on two counts of burglary.

In response to what he and his family perceived as an unfair sentence, the defendant sought to appeal his conviction on the grounds that he was incompetent to enter a plea. Specifically, the defendant may not have understood the content of his legal proceedings or comprehended the potential severity of any sentence that came with his guilty plea. This could, at least in part, be due to his FASD diagnosis. FASD is characterized by cognitive and adaptive deficits that often include verbal and non-verbal communication deficits and difficulty comprehending the consequences of one’s actions. If true, the defendant’s defense counsel failed to procure the necessary competency evaluation to determine whether the defendant was of sound mind and body to competently enter a plea. Despite these concerns, the court declined to address the defendant’s claims on appeal.

The role of FASD in competency to stand trial also contributed to an appeal in another case. In 2007, the defendant entered the home of a man and woman through a bedroom window in the middle of the night. The residents were awakened by the cries of their 15-month-old son. Upon entering their son’s room, the residents found the defendant holding a duffle bag, which now contained their child. The residents restrained the defendant until the police arrived. The defendant was charged with burglary and the endangerment of a child in Kansas.

During his trial, the defendant’s defense counsel requested a mental health evaluation to assess if he (a) had the capacity to form criminal intent at the time of the crime and (b) was competent to stand trial. An evaluation conducted at a state hospital suggested that the defendant could form criminal intent at the point of the crime and demonstrated competence to stand trial. In contrast, a psychologist retained by the defendant’s legal defense team found that the defendant had several issues that precluded his ability to form criminal intent. These issues included the defendant’s prenatal exposure to alcohol, which may have resulted in FASD, and a history of intellectual (e.g., mild intellectual deficits), psychological (e.g., emotional dysregulation and hearing voices), and behavioral (e.g., theft, arson, impulsivity, and violence) problems dating back to childhood. Testimony from the defense expert was not allowed by the court. As such, the defendant was found competent to stand trial and ultimately sentenced to over four years in prison.

The defendant appealed his conviction on the grounds that expert witness testimony was inappropriately excluded from his original trial. Specifically, this prevented the jury from being able to consider and contextualize the impact of the defendant’s mental health issues on his capacity to form criminal intent and competency to stand trial. Despite these concerns, the defendant’s appeal was denied.

Questions of FASD’s impact on competency to stand trial have also served as the basis of appeals for more serious convictions. This includes a defendant with FASD who was sentenced to death in Florida. The defendant in this case was charged with first-degree murder, attempted murder, and robbery. The defendant and a group of five other people were accused of committing a series of robberies. The most severe of these robberies involved forcing four men to lie face down on the ground. Each of these four men was relieved of his personal property. Afterward, the defendant reportedly shot each of his victims, one of whom died. One of the surviving victims later identified the defendant as the shooter. The defendant was convicted of these charges and sentenced to death.

Second, the defendant questioned the proportionality of his sentence in light of mitigating circumstances. Specifically, several mitigating factors were presented by the defense during sentencing including the defendant’s FASD diagnosis and history of physical and sexual abuse victimization. In particular, FASD is characterized by difficulty linking actions to consequences, which may, at least in part, explain the seriousness of the accusations against the defendant. Despite these concerns about competency and proportionality, the defendant’s death sentence was affirmed by the appeals court.

FASD contributed to questions of competency to stand trial in another death penalty case. At the age of 19, the defendant was charged with armed robbery, conspiracy to commit murder, and the first-degree murder of three people in Arizona (Arizona v. Poyson, 2000). At the time of the crimes, the defendant had been the guest of the victims, a family of three, in their mobile trailer for several months. Shortly before the crimes, another two youths were invited to stay with the family. According to the state, the defendant was approached by these two other youths. Together, the group planned to kill the family members, steal their truck, and travel from Arizona to Chicago. Ultimately, each family member was either shot or bludgeoned to death. The defendant was sentenced to death for his role in the crimes.

Second, the defendant argued that he received ineffective assistance from his defense counsel. Key among the critiques of his original defense counsel were (a) the failure to employ experts who could establish his mental state, (b) an inadequate investigation into the possibility of prenatal exposure to alcohol and drugs, and (c) the ineffective challenge against the involuntary nature of his statements to police. Perhaps foremost among these concerns is the failure to incorporate expert testimony on the defendant’s mental state along with the impact of FASD. These cognitive impacts include permanent brain damage, low intelligence scores, and emotional dysregulation, which are often accompanied by social and adaptive functioning issues. Without clearly establishing the impact of FASD on a suspect’s capacity to function during police interrogations or a defendant’s competency to stand trial, including comprehending legal proceedings and participating in the development of a legal defense plan, the court and jury were unable to contextualize the impact of FASD on the defendant. Nonetheless, this petition was denied largely on the grounds of a neuropsychological evaluation that reported no presence of cognitive dysfunction. This is troubling considering evidence that suggests individuals with FASD often perform adequately on cognitive tasks and assessments, but still have pervasive deficits in global functioning. This case highlights the limited awareness of FASD in the criminal justice system along with the devastating life-or-death consequences of such indifference.

This selection of case law reviews illustrates the impact that FASD symptoms may have on competency to stand trial and mitigation. These case law reviews emphasize how the outcomes of legal proceedings can be questioned when the impact of FASD symptoms on a defendant’s competency to stand trial and as mitigation are not adequately considered. Wartnik & Carlson (2011) and Wartnik, Brown, & Herrick (2016) have contended that the problem may be due to an imperfect understanding of FASD by the legal profession, the judiciary, and the mental health profession, all three being in need of significant FASD education and training. See Lambert v. Blodgett (2004), where the Ninth Circuit Court of Appeals denied a defendant’s claim of ineffective assistance of counsel for not investigating his claim of suffering from FASD, holding that the courts have never imposed a duty to investigate in non-death penalty cases, which seems to be illogical since incompetency and mitigation are just as relevant to non-death penalty cases as to death penalty cases. As such, courts should be careful to systematically evaluate each defendant’s competency to stand trial and issues of mitigation, particularly in the presence of FASD. This should be viewed as both legal and ethical responsibilities. Going forward, the relationship between FASD symptoms and competency to stand trial is in need of systematic empirical research.

Jerrod Brown, M.A., M.S., M.S., M.S., is the treatment director for Pathways Counseling Center, Inc. Pathways provides programs and services benefiting individuals impacted by mental illness and addictions. Jerrod is also the founder and CEO of the American Institute for the Advancement of Forensic Studies (AIAFS), and the Editor-in-Chief of Forensic Scholars Today (FST). Jerrod holds graduate certificates in Autism Spectrum Disorder (ASD), Other Health Disabilities (OHD), and Traumatic-Brain Injuries (TBI). Jerrod is certified as a Youth Firesetter Prevention/Intervention Specialist, Thinking for a Change (T4C) Facilitator, Fetal Alcohol Spectrum Disorders (FASD) Trainer, and a Problem Gambling Treatment Provider. Jerrod is currently in the dissertation phase of his doctorate degree program in psychology. For a complete list of references used for this article, please email Jerrod at [email protected]

Anthony P. Wartnik, JD, retired as a trial judge after 34 years, serving as presiding judge of Juvenile Court, Family Law Court Chief Judge, Dean Emeritus of the Washington Judicial College, Chair of the Judicial College Board of Trustees and of the Washington Supreme Court’s Judicial Conference Planning and Education Committee. Judge Wartnik is a nationally and internationally recognized speaker, author, and trainer on issues involving FASD and the law and teaches postgraduate courses on forensic mental health and the law and special needs populations at Concordia University, St. Paul. In addition, he has served as a consultant to the Fetal Alcohol and Drug Unit (FADU), University of Washington, School of Medicine and as Legal Director/Liaison for FASD Experts, a multi-disciplinary FASD forensic diagnostic group.