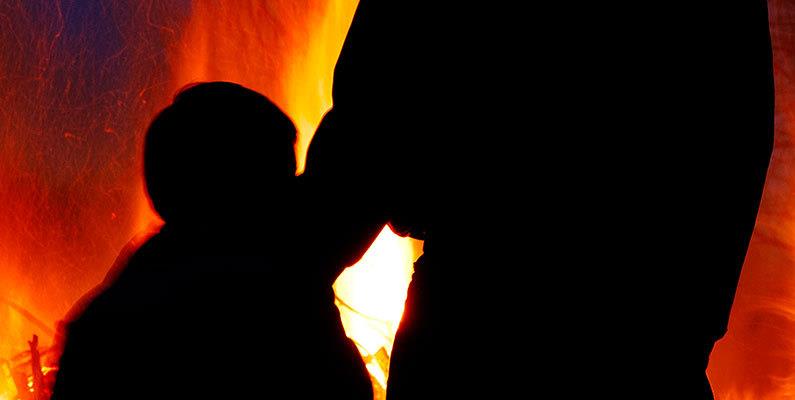 By Jerrod Brown, Deborah A. Eckberg, and Kimberly D. Dodson

In this article, we explore the extant literature on parricide, the murder of a parent by a child. We discuss perpetrator characteristics, victim-perpetrator murder scenarios, family risk factors, and other research findings. The article touches on key factors, providing a baseline of information for those in the criminal justice system and mental health fields who may encounter cases of parricide. We conclude with future considerations and suggestions for further research, toward the goal of developing critical prevention and intervention strategies to minimize the risk of parricide.

Parricide: An Introduction for Clinical and Forensic Mental Health Professionals

Parricide, the murder of a parent by a child, is a crime usually viewed by society with astonishment and revulsion. In the present article, we examine the extant literature base on parricide, exploring perpetrator characteristics, victim-perpetrator murder scenarios, family risk factors, and other key research findings. Our purpose is to provide those in the criminal justice system and related fields with a mutual understanding of parricide so that they may be better able to identify those most at risk for committing future acts of parricide. The definition of parricide includes not only the murder of one’s mother (matricide) and/or father (patricide), but also the murder of other primary caregivers such as stepparents (Boots & Heide, 2006). It has been estimated that parricide cases represent less than 4% of all homicide incidents in the United States (Ewing, 1997; Fedorowycz, 1999; Hillbrand, Alexandre, Young, & Spitz, 1999; Perri, Lichtenwald, & MacKenzie, 2008). Parricide typically involves the murder of one parent, although double parricide events have been documented (Fegadel, 2014). While parricide occurs rarely (Shon & Targonski, 2003; Heide, 1993; Flowers, 2002), when an act of parricide is committed, it generates significant media attention (Heide & Boots, 2007; Evans, McGovern-Kondik, & Peric, 2005). Some of the societal shock and attention these incidents garner may be due to the lack of predictability of parricide.

According to prior research, most incidents of parricide are unplanned and occur with little to no planning and without warning (Bourget, Gagné, & Labelle, 2007), generally following a family argument or altercation (Shon & Roberts, 2008). Thus, identifying and preventing these types of cases prior to the actual incident may be difficult. In some cases, there are indications of trouble prior to the homicide event, as demonstrated by a worsening of psychiatric symptoms and increases in perpetrator hostility toward family members (Bourget, Gagné, & Labelle, 2007). Most incidents of parricide take place in the victim’s home (Green, 1981; Campion et al., 1985) and while the victim(s) are asleep (Shon & Roberts, 2008). Male victims are more likely to be killed by guns, as opposed to females, who are often killed by knives or blunt objects (Walsh, Krienert, & Crowder, 2008). Parricide victims are more often the fathers of the perpetrators (Bourget, Gagne, & Labelle, 2007; Hillbrand, Alexandre, Young, & Spitz, 1999). Female parricide perpetrators are more likely to use knives, while males are more likely to use guns (Walsh, Krienert, & Crowder, 2008). While these are all characteristics specific to the parricide offense, there are also distinct characteristics of parricide perpetrators.

Parricide is more often committed by males (Barnett, Miller-Perrin, & Perrin, 2011) over the age of 18 (Chilton, 2002; Heide & Boots, 2007) and under the age of 30 (Ewing, 2003). Research also indicates that whites are more likely to be perpetrators of parricide than minorities (Fegadel, 2014). Unidentified and/or untreated mental illness can be a contributing risk factor in parricide cases (Bourget et al., 2004; Millaud, Auclair, & Meunier, 1996). Additionally, in many instances, the parricide perpetrator also has a comorbid substance use problem (Malmquist, 2010). Adult parricide perpetrators are more likely than juveniles to exhibit psychosis such as perceptual hallucinations and/or delusional beliefs (Bourget, Gagne, & Labelle, 2007; Heide, 1992; Hillbrand, Alexandre, Young, & Spitz, 1999; Malmquist, 2010; Mones, 1991). Dysfunctional family dynamics and abuse are often risk factors for parricide.

Except when parricide is solely accounted for by untreated psychosis, dysfunctional family relationships are typically present between the perpetrator and the parent (O’Connell, 1963; Singhal & Dutta, 1990). In particular, researchers have found that parricide is often spurred by rejection and/or shaming from the father (Haegerich & Bottoms, 2000; Singhal & Dutta, 1990) and hostility and overdependence on the part of the mother (West & Feldsher, 2010). Parental neglect may also play a role in the progression and eventual completion of the act of parricide (Heide, 1992). Other precipitating factors include a familial history of mental illness, domestic violence, neglect, and physical and emotional abuse (Heide, 1992; Heide & Solomon, 2009; Millaud, Auclair, & Meunier, 1996; Myers & Vo, 2012). According to some researchers, most juvenile offenders who kill their parents do so to stop past and current severe physical and/or sexual abuse (Buyuk, Kurnaz, Eke, Ankarali, & Oral, 2011).

Parental psychopathology can also contribute to maltreatment, humiliation, and shame for juveniles that may lead up to the incident of parricide. The adolescent may develop a need for vengeance following repeated occasions of humiliation. This is believed to be a failure in moral regulation (Malmquist, 2010). Still, it should be noted that the overwhelming majority of individuals who were abused as children do not commit extreme violence including murder.

As children are dependent on their parents in many ways, those being abused may believe that they are unable to disclose such abuse to outside sources. They may have misguided loyalty to the abuser or a fear of retribution. The relationships in the family may promote insularity such that the child feels trapped in the situation. Other adults may disregard a juvenile’s pleas for help, perpetuating an atmosphere of denial regarding family problems. The abusive family may appear to outsiders as an intact, loving household, hiding the destructive tendencies of the parents. Substance abuse by the parents is also common and is another variable worth consideration in parricide cases.

As noted above, there are numerous antecedents to parricide that can serve as red flags for those who work with children and adolescents, with the ultimate goal of preventing such crimes. A review of the research has found that adolescents who commit parricide may show increased impulsivity, low educational attainment, impaired attachments, mood instability, and neurobiological vulnerability (Malmquist, 2010). Continued research into the precipitating risk factors for parricide may better aid mental health professionals, educators, social service providers, law enforcement, and other advocates in devising and implementing interventions before lives are lost. Increasing the awareness of parricide and providing training and education to first responders regarding these cases is a crucial step toward preventing future acts of family homicide.

Deborah A. Eckberg, Ph.D., is an Associate Professor of Criminal Justice at Metropolitan State University (MN) and the Director of the Master of Science in Criminal Justice program. Dr. Eckberg’s research and teaching interests span a wide range of topics related to criminal courts, special populations in the criminal justice system, and program evaluation.

Kimberly D. Dodson, Ph.D., is an Associate Professor of Criminal Justice and Criminology in the Department of Social and Cultural Sciences at the University of Houston – Clear Lake.

across cultures. International Journal of Offender Therapy and Comparative Criminology, 50, 418-445.

Fegadel, A. R. (2014). Juvenile and adult involvement in double parricide and familicide in the U.S.: An empirical analysis of 20 years of data. Graduate Theses and Dissertations, University of South Florida.

Flowers, R. B. (2002). Murder at the end of the day and night: A study of criminal homicide offenders, victims, and circumstances. Springfield, Illinois: Charles C. Thomas Publisher, LTD.

Malmquist, C. (2010). Adolescent parricide as a clinical and legal problem. Journal of the American Academy of Psychiatry and the Law, 38, 73-79.